A few minutes ago I was in other room away from this fantastic machine called LapTop. I had every word in my mind what I am going to share with you all.  And I came back to write and every word is being disappeared from my mind. The brain is occupied with so much that sometimes hopping on one task to another and we lose few things in between. Not as efficient as this machine is which autosaves what I type on it, and keeps it there unless it gets a virus attack or gets corrupted.

Oh! yes, I am getting some glimpses what has to say… I was thinking to share my yesterday’s experience. Yesterday was an eventful day for us, with so much of activity. Asper my decision we planned our day to stay away from our machines and spend quality time with each other.

We went to a nearby temple, and to our surprise, an event was organized there and we had tempting food, which we have been missing for quite some time. The sacred place left us very peaceful inside, something we were missing. The energy was so good. And later there was a performance by small kids. It was so good that we enjoyed every bit of it. And we bought some sweets, which were a part of a fundraising programme for the premises. And they offered us more of the sweets as they were almost living and had to finish those.  We paid more and the amount we got was of even more price, my girls were so happy to have so much of sweets, it is their favorite ‘Rasmalai‘.

As per the plan, we had to go to the park after leaving the temple, but we had to come back to keep the sweets.

Then we went to the park and to our surprise there we found melting snow, it was freezing cold and wind chills. I never knew melting snow can be this much messy. The kid’s rides area was full of water, now what? The kids were even happy to play on the smaller ride area which has less water. Soon my elder daughter got engaged to a new friend and little one and dad played “peek-a-boo” in an open area. Later lil one insisted her father accompany her for a walk. 🙂 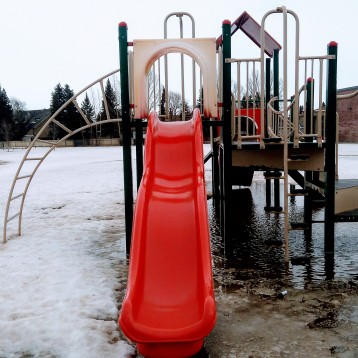 Peek-A-Boo, hiding behind a bin!

I was left with my phone-camera. My interest was to find the very signs of spring, I have posted some of the pics on my another post as ‘Awakening’ WPC. Most of the trees still don’t have signs of spring. But fortunately, I could find a few bushes and trees with new budding leaves (the right side image).

And I decided to come back as my hands were almost frozen, actually, we were not dressed according to the weather, expecting a mild cold. So I announced it to three of them and they stayed back for some more time. When they came back their shoes were all wet, they jumped in the snowy water.

Now, I will hop to the late evening, in the evening we had tasty homemade food with good old songs. Later we three danced together and even played Dumb Charades of movie names.

Overall a fun filled day we spent together, and only I know how I handled the temptation of being online and read. But I think it is good to take breaks from our usual routine and habits and trends! 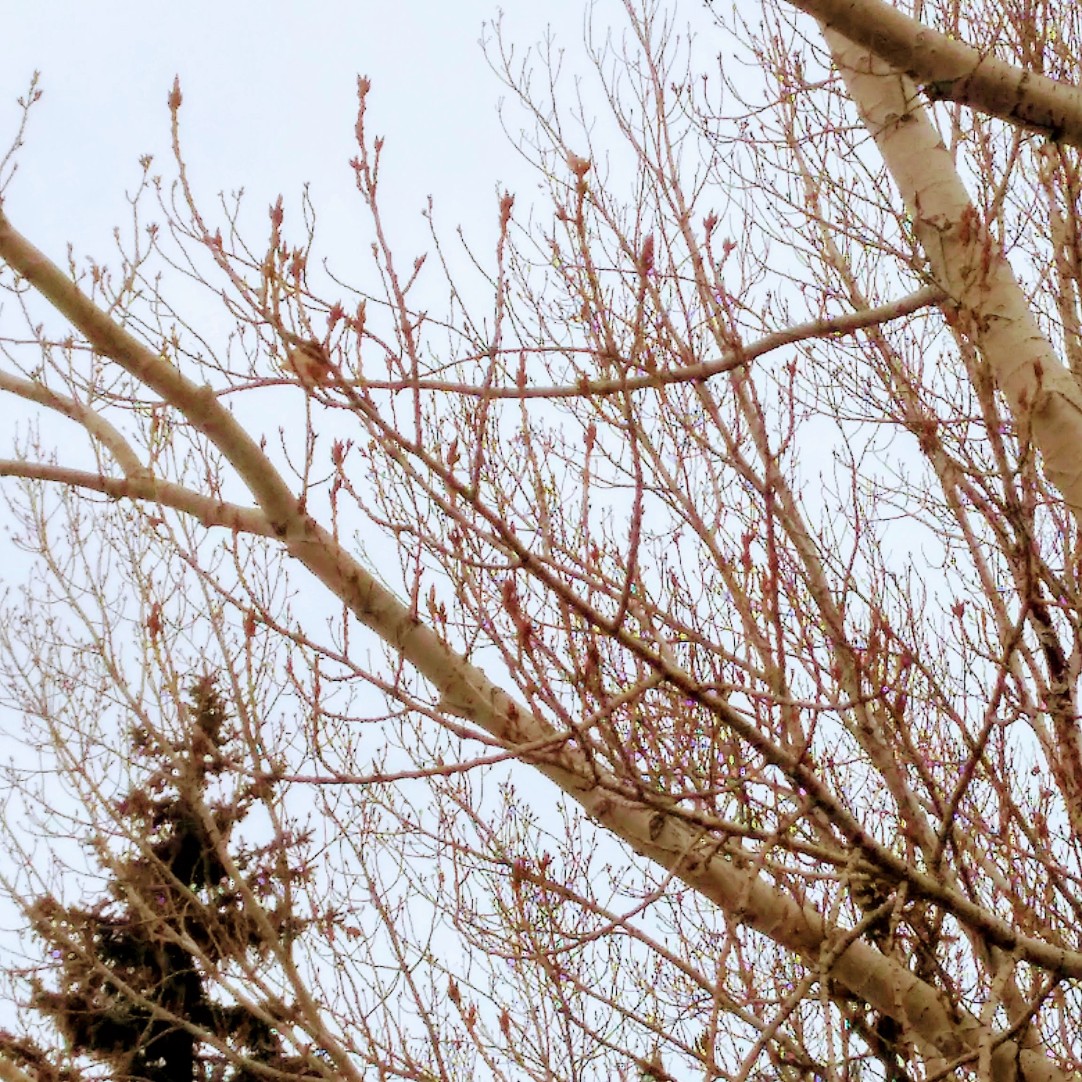 From yesterdays pics. The Spring is still awaited in some parts of the world, can you believe it! 🙂 I had to literary see very close to plants and trees if there is an awakening, and just a few of the trees have these budding signs of spring. Sharing with you 🙂

The below images are something, I am little scared of, SNAKES!

We were in Bhopal, and on the insistence of kids, we went to this Zoo. Van Vihar National Park situated in Bhopal, Madhya Pradesh. It has Snake  Interpretation Center as well. As they were inside the glass, it was easier to see them, Otherwise…..

During our visit, it was time for awakening, and they were coming out of their hibernation cycle.